Book Review: Thoughts and Feels on The Final Kingdom 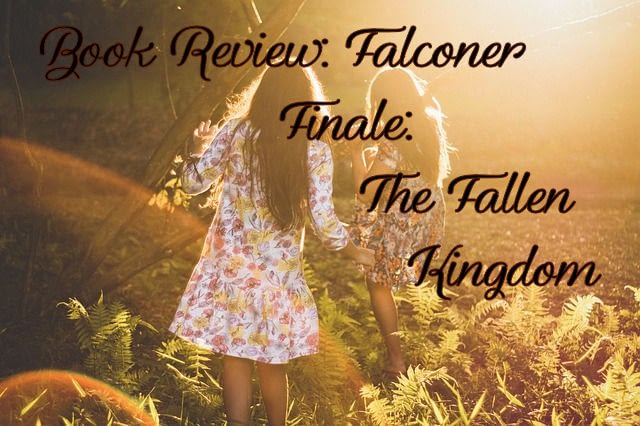 Guess who finally finished The Final Kingdom by Elizabeth May? This book is the conclusion to the Falconer trilogy. Listen, I have many thoughts and feels to share. No spoilers. Let’s go

A war is brewing and the Seelie and Unseelie peeps have to face each other. An unlikely alliance pushes main characters to new stressful times. Also: Aileana has to come to terms with her rage. There’s a new villain, kind of like the boss level of villainy, and there is a search for a certain book that can help give Aileana a chance to get some closure.

If you’d ever told me that I’d like Sorcha, I would have laughed at you. Sorcha, the fae who killed Aileana’s mother, does not sound sympathetic at all in the first two books of this trilogy. Elizabeth May does such a a wonderful job in complicating the good/evil dichotomy. In fact, the series got me thinking a lot about choice, agency, and good/evil.

A very complicated relationship between Sorcha and her brother Lonarch, whose name is hard to remember, adds dimension to this installment of the trilogy. The same sibling tangled relationship is also present with Aithinne and Kiaran. Like, really complicated.

The most consistent examination throughout this trilogy is that of cruelty and war. Aileana fights with viciousness and often cruelty plays a role in her attitude toward fae. For the most part, as the story progresses, this cruelty worsens. The author reflects this harshness in Kiaran as well. He’s ruthless. Like, really ruthless.

Ultimately, the characters make difficult choices and sacrifices in light of their rather grim position.

And, I think of how Aileana is eventually faced with a choice. Does she continue to be cruel? Or does she start to show mercy, even to the people she once judged and hated?

Only one way for you to find out what happens: READ THIS!

So, let me just say this once: I don’t really normally like romance that much. And, like, there’s vague mentions of sexy times in this book. To be quite honest, I don’t understand why these scenes were hinted at. No judgment to those who like sexy scenes, I just think there was enough going on. I really didn’t need to read about dark!Kiaran and how he is fighting, poor boy, and how Aileana brings out the humanity in him or whatever.

No, bro. Let him be dark. Let him grapple with the way he was born.  Let’s not slip into Twilight-esque (Breaking Dawn style) love scenes. Urgh.

I also like the theme of parents and the life they present to their children. It really was a moving read, and the themes that May included enriched the experience of seeing Aileana and her friends go through loss, love, and hope once more.