BR: Not a Drop to Drink by Mindy McGinnis 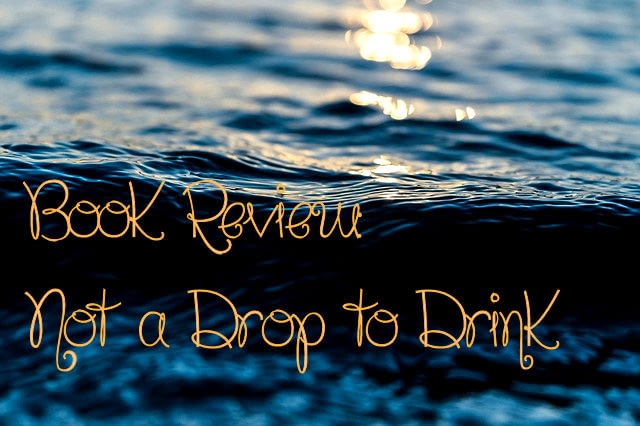 I could have sworn there’s a review up on my blog for Not a Drop to Drink by Mindy McGinnis. Apparently, I was so passionate about the book, that I had dreamed of writing a review already. In case you’re curious: I loved it. But, you probably want to hear more (as you should!).

Set in an apocalyptic time, the novel is a study of survival and morality. As the water from a stream becomes less reliable, people come to the only lake (pond?) available in the area, which is conveniently located in Lynn and her mother’s yard. I could say more, but I don’t want to spoil the joyous surprise of this book.

The tone of this story is urgent, snappy, and sometimes a bit episodic. I think of this book a lot, because Lynn and her mother have choppy scenes to establish their relationship. In fact, I was immediately thrown into an intense scene upon starting the novel.

But, then things change. The tone stops stressing the vicious nature of Lynn’s world. In a stunning turn, Lynn is confronted with serious questions that relate to humanity, morality, and family. That’s when the story took on a more profound meaning for me.

What was the most refreshing exploration in this novel was that of survival vs. caring for others. To what extent would you balance your own well-being with being over cautious? It is a thin and blurry line. Lynn and her mother are focused on keeping the pond to themselves, so much that it backfires and shadows their humanity.

But, at the same time, this is not an overly sentimental story in any way. People shoot each other, and there’s illness, death, and tragedy. There are broken families and literal thirst for water.

Initially, I was intimidated by this book because I thought it’d be rather violent. And, in some ways, it was. But, it was not graphic for the most part, so I was not triggered. I will say this, however, the cruelty of every character involved in the book is just so fitting of the setting. Except Stebbs. No one touch Stebbs and Lucy, got it?

The environment itself is violent. Lynn has to do gross things often, just to survive.

I think what resonates here, too, is fear and how it drives people to do some really cruel things. On the one hand, I understand that scarcity can push someone to desperation, but the way fear manifests in this story was quite haunting. Lynn comes from a rather curious union between two figures. She shares a lot of traits with them.

Towards the middle-to-end of the story, McGinnis starts to explore how this world came to be, and she portrays fear and paranoia in a tangible way.

Ultimately, it’s the development of Lynn’s character that drives the plot. I know at first, I was very worried that this novel was going to be rather episodic with no overarching plot.

Instead, it was a powerful exploration of instinct and survival, community and individual notions, and parent-child relationships as well. It’s about love, loss, and those who use power to abuse women in one way or another.

Ugh. I love this book so much. I cannot wait to read my next McGinnis book.

2 thoughts on “BR: Not a Drop to Drink by Mindy McGinnis”