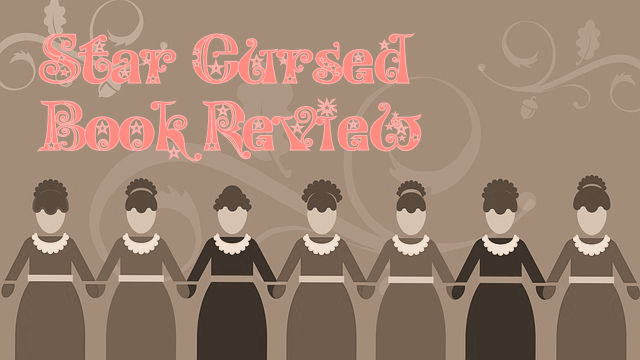 Warning: Here be spoilers. If you are interested in reading this book, and you dislike spoilers, RUN. As Star Crossed by Jessica Spotswood is the middle of a trilogy, I cannot help but spoil the first book at least.

The Cahill sisters, living in an oppressive regime of patriarchy, are forced to keep their magic secret. Older sister Cate is torn between her choice to announce her intention (a tradition within their society). Should she marry and have children? In this case, who does she marry? Does she marry for love or for status? Or, should she join the Sisterhood, a convent for women?

Ultimately, this is the middle of a trilogy. Naturally, there is a lot of tension between the characters. In particular, the crux of this book lies in the conflicts among the Cahill sisters, the convent sisters, and within the society as a whole.

It’s a hard thing to balance as part of this experience, dealing with so much pressure with the characters at every turn. Within each family, there is some sort of fight for power. For instance, the most notable ongoing problem is between Maura and Cate (plus occasionally Tess is thrown in there). Given what happened with Maura’s love life in book 1, it is understandable that things were messy for her. So, in true Slytherin style, Maura is ambitiously trying to be the best witch of her time. This may sound fine, until you hear Cate being called into power by Sister Cora (leader of the sisterhood).

Incidentally, this tension also rises beyond Cate and Maura. They are both mentored by two opposing leaders within the sisterhood. Cora, diplomatic and somewhat hesitant, is the current figure at the helm of the Sisterhood. Inez, aggressive and urgent, is leading Maura to get women up against the men. Cora and Cate don’t connect that much, but when they do interact, it is powerful stuff.

On an even larger scale, there is the obvious tension between the Sisterhood and the Brotherhood. Beyond that, it is just women and men, at odds with the double standards set by the patriarchy. Sachi and her illegitimate sister are prime examples of men unwilling to acknowledge their mistakes while also acting as overbearing figures towards women.

Being the second book, there are hints that some men don’t believe in the oppression of women. Finn is an example of them. I like that not all women are presented as morally good as opposed to men being evil. Instead, there are all these shades of grey. It is really unclear what will happen in the next book.

The scene with Sachi’s sister (whose name escapes me) and their father was truly heartbreaking and kind of terrifying. I don’t like seeing women running for their lives just for disagreeing. Physical intimidation is something I had encountered a lot within discourse, and I think surely one can communicate without it. Sure, the character is presented as a hypocrite. But, I am really hoping for some nice closure for Sachi’s sister…even if I can’t remember her name. It starts with an R.