BR: Turtles All The Way Down 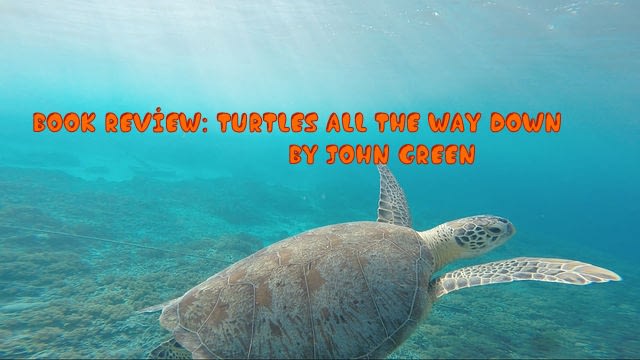 I was surprised when John Green announced his newest novel, Turtles All the Way Down. It felt very sudden and miraculous, almost. Believe me, I try not to be a sap about things often. But, this book was immediately a favorite, before I had even read it. I’ll come out and admit it:I am a John Green fan. Here are some of my thoughts on the book.

Best friends Aza and Daisy gather up clues on the missing billionaire in their town. His sons Noah and Davis try to come to terms with his disappearance. Some talk of a tuatara lizard, which is a word that my computer doesn’t even know it existed.

I don’t mean to exaggerate here, I am genuinely expressing my admiration for this book’s honesty and raw featuring of mental illness. From my own experience, I think Aza has the depersonalization that I deal with daily. I admit that mine is a bit more exaggerated than hers, but it was still moving to see her sessions with Dr. Singh.

When she deals in metaphors because her pain is so intense, I was nodding along. Part of me wanted to snap-shot the whole book.

The invasive thoughts, intrusive and powerful, were terrifying. My own experience is not so much focused on bacteria. Instead, my brain is invested in what I cannot control: people’s perceptions and my value as a human.

Besides, the way this anxiety shakes up the foundations of relationships, be it friendship or romantic ones, even parent-child relationships. Heck, I’d say even Aza’s relationship with Dr. Singh is rocky because of it.

John Green gets this weird reputation of glamorizing illness. Listen. This is in no way fun or romantic. If anything, it is destructive and dwindles any bit of connection Aza has with anyone. Even Daisy, who has been her best friend for years,  communicates her frustrations .

While I wasn’t too much of a fan of the Holmes last name here, I did like the mystery presented in the story. Davis and Noah were crucial to humanizing Pickett.  I think John Green always deals with people in a sensitive and cautious manner. It is hard not to be emphatic toward characters in his stories.

I felt so much compassion for Davis and Noah. Maybe it’s because I don’t have much of a paternal connection myself. Davis and his blog was also incredibly moving and powerful as a study of human psyche and emotion. He deals with so much loss and frustration. People assuming that wealth equates to entitlement was heartbreaking, because Davis asks for such simple things. He wishes for them, not really asks for them.

I think the novel certainly presents some good insight for readers to consider. Daisy, Aza, and Davis all posit that there is more to wealth than material things. Let me tell you, I hate it when people assume that John Green writes “philosopher” teens. Listen, teens are people. They vary. For me, if I had read this book as a teen, it would have blown my mind away because it articulated things that preoccupied me all along.

Daisy reminded me of my failed friendships. I just got out of an old friendship from college days, and I was flinching a little whenever Daisy and Aza had conflicts. In a way, Daisy is still a refreshing response to mental illness. I’d rather have someone tell me what to work on. I was mostly isolated with every friendship I had, because people did not know how to work around my weirdness.

I don’t know if I’ll ever have a friendship that lasts as long as Daisy and Aza’s relationship. My illness manifests differently, and dynamics vary from person to person.