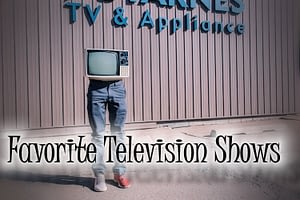 Shows are a rare thing in my life, because I always worry about committing to a routine where I have to watch steadily. However, over time, I have stumbled on some great shows. Balancing between PG-PG 13 type of ratings, I found some of my favorite shows ever, and I am going to be sharing them in this post.

A spy loses his job mid-mission, and goes on a quest to hunt down whoever “burned” him. Fun, action-packed, and fascinating tricks all around. Fiona, Michael, Sam, and Jesse are one hell of a team.

Jeff Winger enters community college as a lawyer whose license is revoked after he is discovered to be a fraud. While there, he meets six incredible people who become his friends and community. Hilarity and incredible emotion ensure for six seasons (and a movie? Hopefully).

Another show ultimately about love and friendship, patriotism, and feminism (surprise!). Constance, Milady, and Queen Anne are wonderfully portrayed here, and they are incredibly strong figures, who have complicated paths towards a happy ending. The Musketeers are great fighters, kind and compassionate men. Watch out for the Cardinal, aka the Doctor.

This show initiated my fascination and compassion towards Guinevere and Morgana in the original stories of King Arthur.  It’s not faithful to the stories at all, but it’s fun. Warning: the plot gets a lot heavier as the show progresses. Do not expect happy endings.

I forgot about this show! Oh no. It’s one of my favorites for sure. It has all my babies: Ross, Demelza, Verity! Man loses all he holds dear: a love, a father, a fortune, and he must find a way to find hope and have a positive impact on his society. Such incredible characters and complicated relationships. Check it out.

Hands down the sweetest show I have ever seen. Boy touches dead things and can bring them to life, but cannot touch them again. Then, he becomes a detective and a Pie Maker (TM). Childhood sweetheart dies. He revives her. Love, but no touch, lots of raising the dead and asking them question.

Not accurate at all, but it’s good fun. Rich soldier returns home from the war only to lose his property. Attitude problems all around as he forms a band of mischief maker in the woods. The show tries to take itself seriously at times, which makes it even more hilarious and fun. It’s not so fun by the last season as the writers seem to hate or not understand their characters at all.

Who is honestly surprised by the inclusion of this show? I was never a fan of Sherlock Holmes until I saw this show. Injured soldier returns home, while suffering with PTSD, and meets a detective with a mind-bending intellect. They move in together and start solving crimes, while Watson blogs about them. Fun, clever, and sweet.