Anl.: Gatsby, Poldark, Who is the Man? 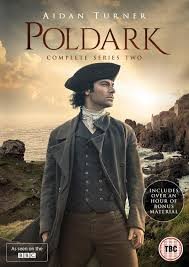 When watching Poldark, most people feel passionate about Ross and his story, but I am starting to wonder if it an echoing of the Great Gatsby from F. Scott Fitzgerald. Maybe that is something we are meant to examine, this connection between Great Gatsby and Poldark.

Essentially, Ross’ story is a response to the idea of the self-made man. To him, nobility is not a given, depending on wealth. It is that of breeding, which reminds me greatly of Tom Buchanan. However, it plays out differently for Ross.

The story is about the common man and champions ethics over riches. For Ross, it is about finding ways to be his authentic self without being controlled by money.

Often, he sells most of his possessions. He takes risks financially to provide for his family and tenants, not to gain social status.

Quite opposite to his cousin, Francis discovers that family outweighs social status, which would make Gatsby completely baffled. He tries to shake off his father’s pressing comments on his worth as a Poldark in comparison to Ross.

In fact, Francis redeems himself by getting to know the common man (servants and farmers), by being compassionate towards them, by respecting Demelza (who happens to be the token of a woman rising to ranks by love and marriage).

George is considered the villain in this story, but I am not sure about this anymore. Think of how he is the modern American hero: self made, from rags to riches, and he is trying to attain a girl. Elizabeth Poldark represents aristocracy at its finest. And, he needs her badly.

It’s the assumption that once he has her, he will be noble. He will be worthy. He will be respected. After all, she is well educated, socially appropriate, and, quite frankly, all the dudes want her.

The Daisy of It All

Elizabeth is pretty much the green light that George reaches out for. She is unattainable (for now) because she’s married, she’s rich, she plays fair. Like Gatsby, George tries to please her with his money. He practically tortures Francis to have her ask for his help.

Very much in the same vein is his relationship with Ross. Ross, the noble who became a champion for the poor, and George, the leech who feeds on them, are at odds.

George tries to control him, to make his friend, to make sure he can contain this personified fire that is Ross. In a way, George, the grandson of a miner, is fighting his own past, trying to squash it, make peace with it, and most importantly, destroy it.

Sure, there is the obvious connection between him and Demelza, who tells him that she, too, is a lady, even though she is a miner’s daughter. He hates her for pointing out their background, for not being ashamed of who she was, a scullery maid.

This is where their difference lies. He is a banker and she was a scullery maid. In his eyes, he has fought to change his circumstances and he deserves to be rewarded with the best shiny things: connections, control, and, of course, the Daisy of it all–Elizabeth.

Is Poldark a True Story?

Do you see any connections between your favorite shows and classics you have read? Share in the comments!