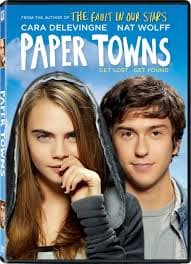 Paper Towns is one of my favorite stories. Like many of John Green’s works, Paper Towns involves a lot of complicated themes. In it, there is a discussion regarding analysis, imagining people complexly, and accepting the diversity of people.

I find the beginning of Margo and Quentin’s friendship telling regarding the theme of analysis and its importance. When facing the dead man left in the park, she openly investigates the case. Margo Roth Spiegleman is already displaying analytical skills.

Rather than dismissing the death of a man, she imagines him, his life, his struggles, and says, “All the strings inside him broke.” Not focusing on his outward appearance, she thinks of  the “strings” inside him.

She lives with this skill in mind. From not understanding the basic approaches to adulthood through Q, she diverts from traditional paths to happiness.

When Q tells her, “Duke in the fall, go to med school, and become an oncologist,” she replies, “Isn’t there something that can make you happy now?”

As Q tries to understand her better, he finds her own copy of Leaves of Grass by Whitman, a piece all about the complexity of person-hood and individuality. She circles, “I contain multitudes.” Don’t we all?

Through her adventure with Q, she is humanizing the popular kids by providing Q with background information on them. From Jase cheating on her with her friend, to Lacey confronting his perception of her and sharing the rumors people say about her, to the myth of Margo, John Green brings a sense of realism to the way people perceive as “better”

“Everything is uglier up close,” she tells him. By the end of the story, he realizes how true this statement is. Lacey doesn’t think Margo is that good of a friend. Q wonders if she ever left him any clues to find her, or if she was simply telling him she’s okay.

Part of the story’s charm is the focus on unattainable women. From Ben’s infatuation with Q’s mother, to his growing affection towards Lacey, and then finally to his maturity as someone fairly comfortable with being single, Paper Towns is ultimately the story of demystifying the manic pixie dream girl. This image of a girl so out of reach, so perfect, so complicated, is given a more realistic form.

The same idea applies to Angela, a girl that Radar hides a huge part of his identity from. He doesn’t talk about the black Santas in his home and doesn’t let her come over. Furthermore, he doesn’t let her talk to his friends that much.

When she does find out his secret, she talks of how Santa is a construct, much like every perception we have about others. And, constructs are meant to be challenged.

It begins with Q assuming that his “miracle” was Margo Roth Spiegleman. He assumes that, “Margo always loved mysteries. Maybe she loved them so much, she became them.”

But, by the end of the movie and novel, he realizes that she is just a girl, not a mystery to be solved or a myth to be followed. In fact, he realizes that the story is hers to tell, not his. He says, “what a treacherous thing it is to believe that  a person is more than a person. Margo was not a miracle. She was not an adventurer. She was not some fine, precious things. She was a girl.”

Not only this, but she also tells him that she felt just as papery as the paper town she lived in–past and present.

In addition, he realizes that his miracle is his friends and the experiences they shared.  He understands that the lesson is to notice the miracles as they come in life, “that doesn’t mean we won’t have amazing adventures, meet exceptional people, and make indelible memories. The trick is to notice before it’s too late.”