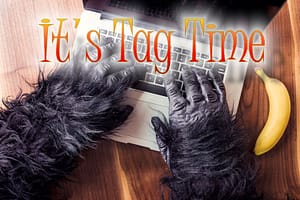 While Snape is a fascinating character, he’s by no means my favorite out of the Harry Potter gang. He’s up there, though.

Anyway, here are the questions!
Questions //
1. Severus Snape is always dressed in black. Which book with a black cover is your favorite?

Looking for Alaska. John Green’s first introduction into my world was through this book. White Cat and the whole trilogy by Holly Black. Oh, and of course, the Castor Chronicles.

Love: Nick, Alan, Mae, and Jamie  from The Demon’s Lexicon.
Hate: Tiny Cooper from Will Grayson, Will Grayson.


3. Severus Snape was the headmaster of Hogwarts for a short while. As a headmaster, which books would you put on the mandatory read list?

This question makes me squirmy because it reminds me of my teaching past. I used to teach the Hunger Games series. But, if I can do more, probably ask them to read the following: Harry Potter (obviously), Cassandra Clare’s works, Holly Black, and Sarah Rees Brennan’s works. Richelle Mead’s young adult series are also a must.

4. As a Death Eater Severus Snape has the Dark Mark. Which character, who also has tattoos, is your favorite?

5. Severus Snape made a unbreakable vow with Narcissa Malfoy to protect Draco Malfoy. Which book would you protect with your life?

I’d rather pick a genre. I love contemporary, and I don’t see it as a lesser-than form of literature.The same goes to YA in general. I love it so much.

6. Salazar Slytherin wanted to ban half-blood’s and muggleborn’s from Hogwarts. Which book do you want to ban from bookstores?

None! I’m totally against book banning. Read whatever you want, explore, and discover new things.

7. Severus Snape is part of the Death Eaters as well as the Order of the Phoenix. Which book characters would you like in your group if you had to fight a group like the Death Eaters?

Rose Hathaway and the gang!

8. As a potions master Severus Snape brews a lot of potions. Which of these two potions would you like to drink?