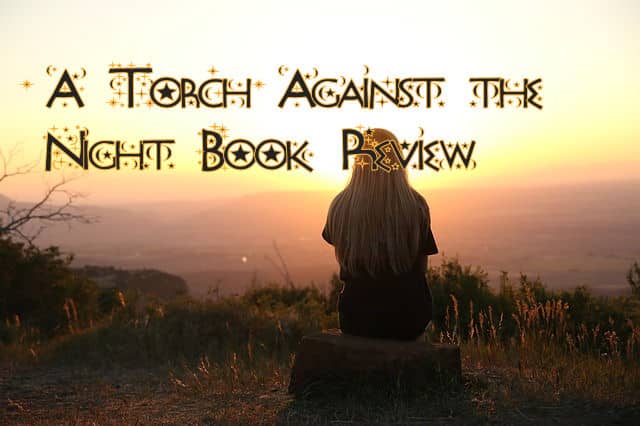 Yesterday, I finished reading the sequel to An Ember in the Ashes, which is called A Torch Against the Night by the wonderful Sabaa Tahir. In this book, we follow the journey of Elias, Laia, and Helene as the Empire continues to enslave Scholars. Here are my thoughts wrapped into a review. Let me share my excitement with you.

A Torch Against the night’s beauty: Helene, my heart’s queen

“But you are not finished. You are my masterpiece, Helene Aquilla, but I have just begun. If you survive, you shall be a force to be reckoned with in this world. But first you will be unmade. First, you will be broken.”

The most incredible aspect of this novel is not only the pacing but also the inclusion of Helene’s point of view. I think it was such a privilege to read more from Helene’s perspective. In a way, she and Elias mirror each other’s struggle between tradition and change.

A Torch Against the Night is essentially the unfolding of a much more complex plot than I ever could have imagined. Through Elias’ best friend, we get to the internal functions of the Empire. We also experience a new Emperor (Marcus) and his interactions with the Commandant.

Helene is also pressured to find and destroy her best friend, which is something Elias refused to follow through with. But, with her, I felt that she was even more torn. Her family is known for their loyalty. But, the question is: to whom should she be loyal to? The Empire or Elias?

A torch against the night’s beauty 2: A World built further

What is truly wonderful about this book is how the world is further developed. We experience the tension between the tribes, the treatment of Scholar children, slaves’ relationship with the Commandant.

But, it is also a neat development of the characters. The way they connect with other characters is conveyed in such a compelling manner. I think of Laia and Darin, in particular. Helene and her sisters are other manifestations of relationships’ complexity within this world. It’s like people are under so much oppression and cruelty. They end up making choices that are not ideal.

And, I think this is the most surprising aspect of A Torch Against the Night: no one has the privilege of choosing what they truly want. The introduction of Marcus’ treatment by the elders of the Empire wrinkled the story further. It was not like Marcus won and was immediately welcomed into the role of emperor. No, he has to live with the loss of his brother while trying to gain the respect of the Empire.

The Commandant and the Cook

My favorite people in this story are the ones I do not know enough about so far: The Commandant and the Cook. I would love to read more about Cook. What is her backstory? How was she taken prisoner? What did she do to annoy the Commandant so much?

Besides, I want to know more about her link to Laia. Why is she so protective of her?

Cook gives Helene such a difficult time, and I was just living for that protectiveness. It’s nice to see women play powerful roles in this world.

Now, the Commandant and Elias’ battle (the literal one and the longer, more indirect one) was surprising. I was so shocked by how she alters his fate. Still, I remain hopeful for her development. She needs to have more scenes revealing her inner turmoil. Sabaa Tahir includes glimpses of the Commandant’s fury. But, I want more details.

I never liked this dude. It was kind of clear that he is shady as heck. That’s all I am going to say.

I gave A Torch Against the Night a five-star rating. It was a quick and engaging read. Please check out this series for a brilliant time.