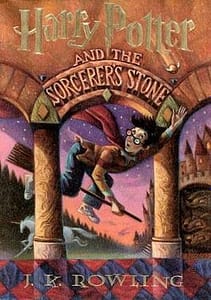 I love the Harry Potter books. From Goblet of Fire onward, I read each book as it was published. Part of the charm of reading relies on revisiting stories from new perspectives. When I started reading the Harry Potter books, I was not diagnosed with my mental illnesses. Teenage me was unaware of disability. I didn’t notice the underlying messages regarding trauma and mental illness in Harry Potter. Here, I will only be focusing on Harry and Ginny for the most part.

Harry is singled out by trauma. The Boy Who Lived. He was literally marked by a visible scar to note his trauma. Living with the Dursleys, an abusive family, he often struggles to find his own worth. For example, he questions Molly for her affection. He rejects his friends’ offers to hep often. And, he doesn’t see much hope for his future.

As the series progresses, Harry loses people repeatedly. From his parents to Cedric. The list grows longer. Hedwig, his companion–the literal connection he had to his friends and the magic world, is axed.

However, it is not simply “loss” that marks Harry.

He is haunted by crippling anxiety as he is pressured into a fight he never chose. Voldemort chose him as his equal, and as such, tries eliminate him. Moreover, the pressure of being the Chosen One is rather debilitating. Harry doesn’t perform well in school. He doesn’t make a lot of friends. By Half-Blood Prince, he doesn’t have much ambition for his future. It takes Professor McGonagall to remind him that he can still become an auror by taking Slughorn’s class.

Another aspect of trauma is control. I think this is the scariest idea presented in the text. Harry has very little control over his own mind (literally). For example, Voldemort and Harry’s minds are linked. They can tap into each others’ visions. Harry loses Sirius through Voldemort’s manipulation of his mind.

This idea of losing touch with one’s reality reminds me of psychosis. As someone who experiences psychotic episodes and schizophrenia, this bit of representation matters to me. I always connected to Professor Trelawney, the Divination instructor. The prophecy comes through her. She is a bit of an outcast, but still. The story would not exist without Sybil Trelawney.

What about Ginny? She loses her ability to reason in Chamber of Secrets as Tom Riddle controls her body. Terrified, she runs, but it is too late. She is trapped in a dark place because of her mind.

Again, the fact that Rowling gives these psychosis-based experiences is hopeful.

Finally, Neville’s parents are traumatized by torturous spells so much that they are in a hospital. It is shown that they have no recollection of their family. This is some sort of representation. But, the question is, does Rowling do much with it?

Reflection on Trauma and Psychosis

In a way, Rowling reflects on trauma through Harry Potter. No one chooses to be mentally ill. Harry never chose to be against Voldemort. He never chose to be prey for Death Eaters and dementors.  And, this is a positive idea to choose. However, it is not just about mentioning ideas. It is about what you do with them as an author.

It is not just Harry dealing with trauma that is interesting. I think of Cho Chang’s example often. Faced with the death of a boyfriend or classmate (Cedric), she is left into a state of depression. She cries a lot. She cries when Harry kisses her, in fact.

And, Harry, fellow trauma-survivor, doesn’t seem to sympathize. What truly hurt is that Rowling could have used Cho as a character who has depression resulting from trauma. Would it not be neat to see Cho be a central character? Instead, she is dismissed and replaced with Ginny.

Now, granted, Ginny survived the abuse of being in touch with Tom Riddle. It sounds like psychosis a bit. She doesn’t know her own reality or her own strength. But, she is literally rescued by Harry. And Harry in turn is helped by a phoenix. Rowling never revisits this trauma again for Ginny.

By the end of the stories, “all is well” and Harry’s scar doesn’t hurt anymore. None of this aligned with my own experiences as a person with PTSD. Ginny is somehow presented as a “cool” person. She is a Quidditch star, wife, mother. The world is all possible as she thinks  “Everything is possible if you have the nerve.” But, she is never faced with her trauma anymore. It just disappears.

That’s not good representation. It’s two dimensional and diminishes the complexity of mental illness and trauma.

What are your thoughts on Harry Potter and the representation of mental illness? Share your thoughts in comments to get the discussion going. Don’t forget to check out posts by the rest of the Disability Diaries crew.

What Harry Potter Taught Me About Trauma