I love the way women are portrayed in BBC’s Sherlock. It is refreshing to see women presented as equals, worthy of the men in the story. In particular: Molly Hooper, Irene Adler, and Mary Watson are wonderful women who are strong and clever. They play major roles in the story. 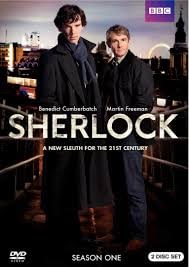 Before I begin, I obviously have to talk about Mrs. Hudson. Without her, Sherlock says, “England would fall.” While she is often dismissed, however, she still manages to be central to the story. For instance, she embodies the show’s audience through her assumptions about John and Sherlock’s relationship. Often, she is surprised by John’s attempts at finding a girlfriend.  She provides commentary on Sherlock’s mess. Yes, she is sometimes comic relief. But, she is also the voice of common sense.

Molly is interested in Sherlock romantically at first, and her attempts are thwarted. She comments on his actions, seeing right through his ways of hiding his impending death. She whispers, “You look sad when you think he can’t see you.”

Sure, Sherlock thinks she can replace John. But, she is surprises the audience often. In the Abominable Bride, she is part of the revolutionary body of women. Even in the series itself, Molly is powerful enough to introduce Jim Moriarty to Sherlock.

She is crucial. She helps Sherlock so much, just to help humanize him, so much that she helps make him “dead” and then “alive.” He trusts her with his secrets–from his awareness of the necessity of his death, to the way he is hidden from John and everyone who knew him.

I think more importantly, like Hooper, Adler presents a powerful connection to Sherlock’s humanity. She makes him care about her through their dialogue and connection over intellect. Unlike Molly, Irene successfully makes Sherlock uncomfortable. She threatens Mycroft, who is presented as the “clever one” (in series 3 and in the Christmas special). The Ice Man and the Virgin are manipulated by her and she almost wins. Her emotions, like Molly’s, give her away, but she is still respected and protected by Sherlock as seen in series 2.

What the creators of the show have done with Mary’s character is also very inspiring. It’s awesome to see her have her own back-story, where she is a “very bad girl.” She is a capable and strong woman, who confuses Sherlock throughout their encounters at first.

He doesn’t know what to make of her, just like Irene and Molly. All he knows is that something is unsettling about her. But, that’s more intuition than cleverness. She is strong enough to shoot him, to spy on him, to hack into Mycroft’s carefully gated cyber world.

“I’m taking Mary home,” John says in the Christmas special, and then, “Mary’s taking me home,” which is rewarded with a “Better” from Mary.  She stands out as a woman who is able to help John “come around” when he is mad at Sherlock for his faked death (and she succeeds).

Like the other women in the series, she is often the voice of reason while Sherlock and John bicker. Do they need her? Yes! A resounding yes over and over.  She is a clever woman, anchoring John, who, in turn, anchors Sherlock.

Have you seen Sherlock? Who are your favorite characters on the show? Why do you like them?