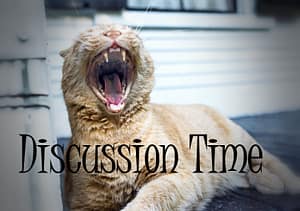 Social media is rarely seen with a concentration on mental illness. It is fascinating to think of it under the mental health lens because of its prevalence. Those not on social media are often seen with judgment and concern. The norm is to be on the Internet. In other words, to be connected to strangers, family, friends and coworkers. The point of this post is not so much to chastise or condone the use of social media. After all, this is cross-posted all over social media. What I am suggesting is perhaps a change in how we use and regard it.

What comes with an influx of information is comparisons and competitions. I have seen so many posts about self harm, and starvation, encouraging eating disorders and fostering mental illnesses, rather than suggesting help. There were so many times where I felt like I wasn’t “sick enough” to go to a doctor, and it wasn’t until family and friends sat me down and dispelled these ideas out of my head that I went to get professional assistance. It’s good that some websites are starting to suggest that there is help out there for those who need it, but this is only when certain keywords are used in a search bar. Unfortunately, there are too many keywords that can be used to find the disturbing material worsening a person’s illness.

Availability of endless content can be helpful because it can lead to awareness but it can also be a distraction and deterrent of productivity. I know that when depression hits, it can be extra hard to stay focused on one task rather than aimlessly watching YouTube videos or reblogging images and quotes on Tumblr. It makes things much worse when you’re already feeling unproductive or unfocused.

The way the Internet works is through constant approval: people want likes, shares, comments, and it is so hard to get accustomed to having no audience to your work. With that said, there is also the way people feel more honest when they’re not judged by their appearance. I have met like-minded people on the Internet because we shared interests or hobbies. But, there’s also the exposure to trolls on the Internet, who bully people mercilessly and brutally. Too many lives have been lost because people were incessantly mocked. It comes with the territory of being anonymous online.

Being compassionate, open minded, and accepting would help a lot on the Internet. Extending kindness to others is crucial as mental health is difficult as it is, and every bit of support helps tremendously.